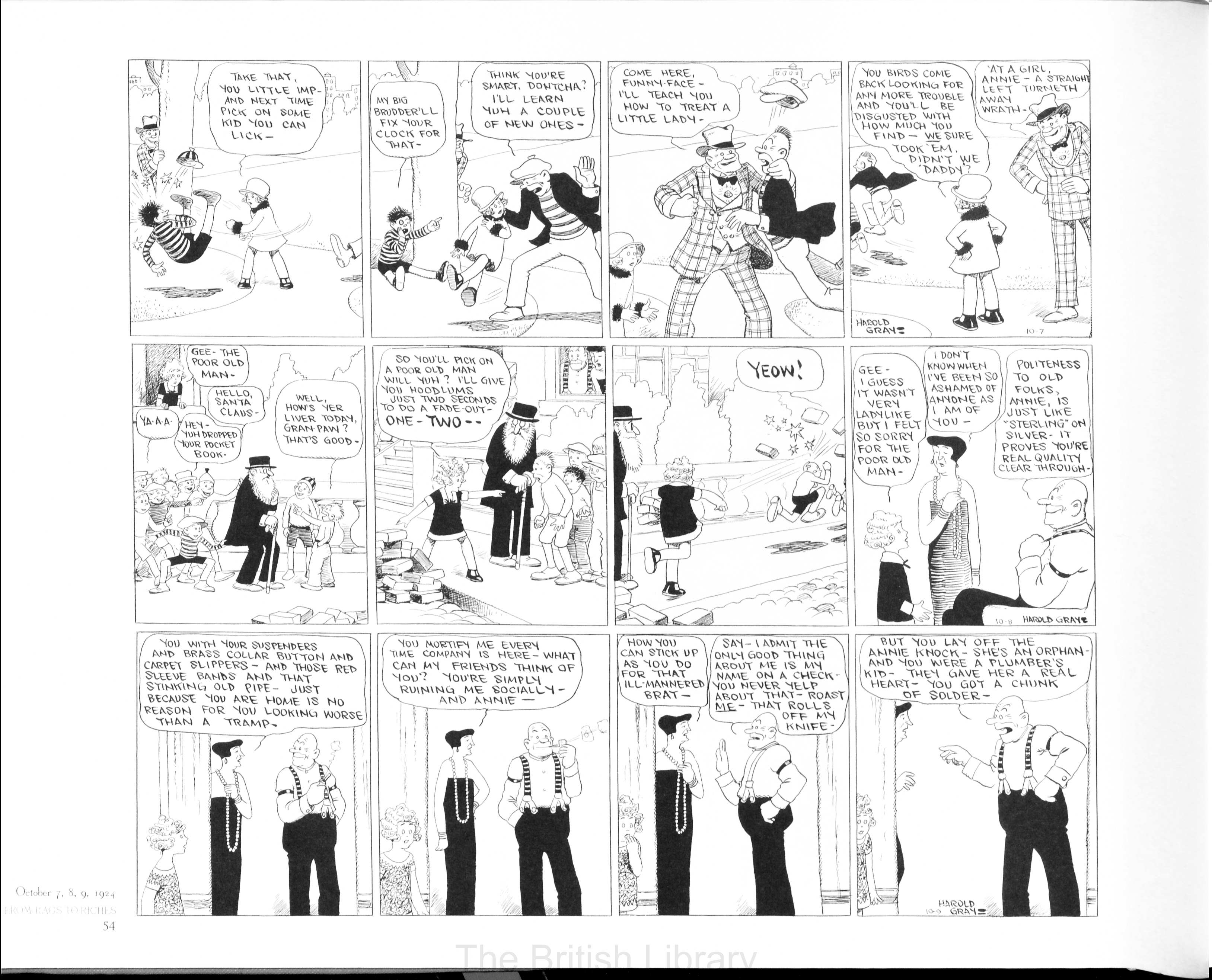 Annie, in the comic, is shown as a virtuous and courageous child who fights off bullies. In the first strip, Annie and Mr Warbucks are out in a park and Annie is harassed by another child. Annie hits him and fights for herself. Unlike Mrs Warbucks, who is shallow, not invested in Annie’s well-being, and embarrassed by her, Mr Warbucks acts like a father figure and stands up for her.

In the second part of the strip, Annie is shown as an empathetic child who is capable of understanding the pain of an old man being bullied by the other children. Annie steps in and fights for him by scaring the children. She is shown as someone who is kind, sensitive, and brave.

The strips show Mr Warbucks’ love for Annie. It also shows how he encourages her by not just supporting her actions but also by defending her to Mrs Warbucks. Annie’s tough attitude along with her optimistic and kind nature sets her apart from other foundling depictions. She is not an embodiment of the sufferings of other foundlings. She stands up for herself and others, thereby being widely popular.