Imagine you are a single mother, standing outside the Foundling Hospital, looking into the big blue eyes of your baby girl for one last time. You do not know whether you will ever see her again. You give her half a silver token, keep the other half and kiss her goodbye…

This was the trauma that every mother faced as she stood outside the gates of the Foundling Hospital, which was established ‘for the care and maintenance of exposed and deserted young children’ (Founding Museum 2018). When the Foundling Hospital in London opened its gates in 1741, a huge number of single mothers arrived at the hospital with infants in their hands.

If you are wondering what the term foundling means, according to the Foundling Hospital, the term refers to ‘children, usually babies, that have been abandoned by parents and discovered and cared for by others’ (Foundling Museum 2018). The word ‘orphans’, on the other hand, is usually used to describe children whose parent(s) has/have passed away. We have deliberately chosen the term ‘foundling’ as the title of our anthology, as we think that the idea of abandonment is of particular importance to our selection.

This anthology is not just about the children. Here, you will be able to see the different contexts leading to the child’s abandonment, it is about the decision made by their parents with regard to their social circumstances. Whilst you may have encountered these characters in literature or popular culture before, we would like to give you a deeper insight to their backstories and provide a historical or contemporary perspective to understand these extracts.

With our selection of extracts, we have tried to push the meaning of the term ‘foundling’. We have attempted to understand the emotional experience of both the parents and the children themselves. As you will be able to see in the latter half of our anthology, some of these children are not merely abandoned by their parents, but also by society.

We are going to take you on a journey from the 14th century BC to contemporary times. A journey through pain and abandonment, but one sprinkled with moments of joy and optimism. Together, we are going to put ourselves in a foundling’s shoes and understand more about their lives. We thought merely including text in our anthology would not be enough to illustrate the emotions these extracts bring, so we have also included a painting, a musical, a comic strip and a film. The reason that we decided to do this was to highlight the importance and repeated occurrence of foundlings in literature and popular culture. Often foundlings find themselves in a quest for affection, understanding and identity – and the audience would often be emotionally moved by their experience. In addition to this, we also thought that an anthology with a variety of genres would act as a fertile starting point for both audience with and without previous encounter of cultural representations of foundlings.

In order to explore the term ‘foundlings’ and understand it better, we have divided our anthology into three different parts – the perspective of the mothers, the children and the society.

‘On this Occasion, the Expression of Grief of the Women whose Children could not be admitted were Scarcely more observable than those of some of the Women who parted with their Children, so that a more moving Scene can’t well be imagined.’ This quotation succinctly depicts the mothers’ emotional trauma and pain (Pugh 2007: 34). It was never an easy decision for a mother to depart from her child. When a mother or parents ‘deposited’ their new-borns in a foundling hospital, they did not abandon them. They gave their child to the hospital in the hope of securing a better future. However, there was a vain hope that the mother might one day reclaim her child, should her situation improve.

In the art collection of the Foundling Hospital (now The Foundling Museum), you can see a few paintings of Moses – and that is where our anthology begins. Moses is often considered as the ‘original foundling’. He is an important figure in our journey as it was his mother’s tough but only choice to give him up. Moses’s mother’s decision to ‘abandon’ him was to give him a chance to live as newborn Israelites were ordered to be killed by the Egyptian Pharaoh. In a bittersweet irony, Moses’s mother was able to watch him grow as she became his wet nurse without ever being able to fulfil a mother’s role. Our first extract traces back to the story of this Biblical foundling from the book of Exodus in the Holy Bible.

When you walk around the Foundling Museum, you can also find our next extract. It is a painting which depicts a mother depositing her child at a foundling hospital. The Foundling Hospital was really a turning point in our story. It gave the mothers and their children a second chance to live. This can also be seen in the painting as there are other mothers in the background waiting to deposit their children. The reality of foundling’s lives could be very different from the mother’s expectations. Some mothers gave up their children in the hope that their children would have a better future, but as you will see, the conditions of foundlings varied vastly based on their circumstances.

In this part of our journey, we are going to plunge deeper into the foundling’s life – understand their perspective and take a closer look at their ‘hard-knock life’. When you think of the life of a foundling, it is not uncommon to associate it with hardships and cruelty as depicted in Charles Dicken’s Oliver Twist or Charlotte Brontë’s Jane Eyre. It is widely conceived that most foundlings have difficult upbringings. It is particularly difficult for them to grow attached to the people around them. Some may even become victims of child labour.

Cosette in Victor Hugo’s novel Les Misérables highlights this. This highly canonical book was originally written in 1862 in French. When Fantine, Cosette’s mother, gives her up, she believes that she is doing so for the benefit of her daughter. However, during Cosette’s stay with the Thenardiers, she is ill-treated by the family and her life is full of suffering and sorrow. In the song ‘Castle on a Cloud’ from the musical adaptation, Cosette sings about an ideal imaginary world that has never existed for her.

Unlike Cosette in Les Misérables, Harold Gray’s comic strip Little Orphan Annie, first published in 1924, depicts the endurance and optimism of a foundling. Because of Annie’s wit and kind nature, she became a national favourite during the interwar period and the comic strip continued to be published until 2010. The comic follows the many adventures of Annie and her two protectors – her mongrel Sandy and her benefactor Oliver ‘Daddy’ Warbucks. Unlike the previous representations of foundlings, Annie is characterised as a funny, generous and optimistic young girl who fights bullies and has a moral grounding about right and wrong. The popularity of Annie’s story has not faded. As we are producing this anthology, the musical version is touring around the country. You might be familiar with signature numbers like ‘Tomorrow’ and ‘It’s a Hard-Knock Life’ from the musical, but in our anthology, we present you the original comic strip. We think every generation needs an Annie and her optimism.

Moving forward in our journey, we are focusing on the role of society portrayed through a child’s stance. The Foundling Hospital in London closed its doors in 1955. One of the reasons was because there were fewer numbers of foundlings; another reason was that this kind of care was deemed unfit for children. After the closing down of the Foundling Hospital, society failed to act as a surrogate for the needs of the children. Because of the lack of a comprehensive system to take care of them, foundlings were forced to form family relations on their own. In today’s society, foundlings are entrusted to children’s residential care homes. However, society often fails to provide sufficient quality of care for them. Published in 1992, Jacqueline Wilson’s The Story of Tracy Beaker follows the story and imaginations of the feisty and cheeky Tracy. Society fails to provide Tracy with a place of comfort and belonging. As a result of this, Tracy suffers from ‘behavioural problems’. However, Tracy’s problems stem from her feelings of being unloved and abandoned. Society’s failure in accommodating Tracy is highlighted through its inability to empathise with her.

In Tracy’s story, we can witness her relationship with Justine. Even though the two girls did not get along initially, we can see how Tracy can feel Justine’s pain as they are in a similar situation. Whilst Justine acts as the representative for foundlings, her father represents society, and his abandonment of her signifies the way in which society fails as a surrogate to provide adequate care. Thus, we can see the unity and bond between foundlings. Tracy comforts Justine as she can relate to her feelings of neglect and desertion. To compensate for the lack of a real family, foundlings in residential care homes become each other’s family.

When you reach the last extract of this anthology, you will find yourself in the 21st century. It is the 2009 film, The Unloved, which explores the search for love and acceptance through the eyes of the protagonist, Lucy. From a very young age, Lucy becomes a victim of abuse and neglect and turns to social workers for help. Only a decade later, there are more regulations and measures to protect children from being victims of child abuse. However, in Lucy’s case, it is clear that these measures are not sufficient to help her. Through Lucy’s story, we can see the harsh correlation between abuse and abandonment. The level of care provided by care homes is inadequate and this further exaggerates the child’s trauma.

After telling us the emotional story of Lucy, The Unloved goes on to tell us that her situation is not fictional. There are 71,476 children in the UK that are in care of which 36,465 are registered as ‘at risk’ (Morton 2009). This makes us wonder how many of them suffer the same fate as Lucy. Their parents may have left them for various reasons, but the system also deprived them of having a happy and healthy childhood.

Before Entering the Gates of the Foundling Hospital…

We have taken advantage of being an online anthology by choosing a variety of genres in these extracts for you to enjoy. In our anthology we have tried to push the understanding of foundlings by placing it in the contemporary society. We have tried to bring forth the different social and emotional challenges that they face and the roles played by parents as well as society in providing adequate care for them. The care system for the foundlings has changed a lot over time, whilst we do see a better quality of care being given to these children, this is an ongoing process. There are still flaws in the system.

As you can see from our anthology, foundlings have been historically represented. We hope that after reading this anthology, the next time you stumble upon a foundling in literature, you would be curious to know more about their backstories. We look forward to undertaking this emotional journey with you. 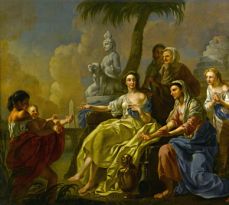 The Birth of Moses 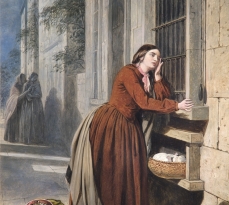 A painting by Henry O’Nelson 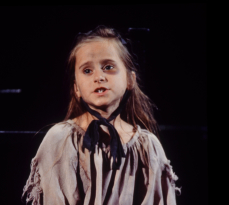 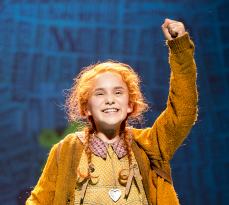 A comic strip by Harold Gray 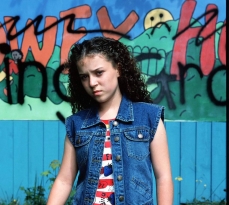 A book written by Jacqueline Wilson 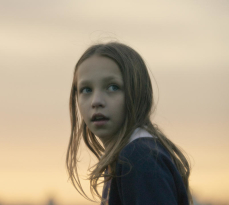 A film directed by Samantha Morton